If your gums appear red or swollen or tend to bleed easily, you may have gum disease, otherwise known as periodontal disease. Without proper care, the condition can lead to tooth loss and other health concerns.

It’s important that you seek treatment if you are experiencing these symptoms or if you have noticed other irregularities in your oral health. Below, Dr. David Anson offers Beverly Hills patients details about periodontal disease as well as a brief overview of treatment options.

You may already know that the human mouth hosts a variety of bacteria—some of which are necessary for digestion and protecting our teeth. However, other bacteria can cause tooth decay and disease.

Part of the reason that you brush and floss is to remove food particles, which encourage bacteria to form a film (plaque) on your teeth. This plaque can harden into tartar within a few days, making it much more difficult to remove without the help of a dental professional.

Periodontal disease becomes a concern for patients in Beverly Hills when the bacteria from plaque and tartar begins to irritate the gums. The American Academy of Periodontology (AAP) recognizes four stages of the disease:

As patients progress through each stage, periodontal disease can cause increasing damage, discomfort, and eventual tooth loss.

The difference between gingivitis and the stages of periodontal disease that follow is that the connections between your teeth, gums, and bone haven’t been affected. However, you may notice that:

Gingivitis can also have subtle or no noticeable symptoms. Visits with your general dentist can assist you in spotting the concern before it becomes a greater risk. Most patients can reverse gingivitis with the help of a dental professional along with regular brushing and flossing.

When plaque spreads and grows below the gum line, your body will try to defend itself from bacteria. It may also begin breaking down the tissues and bone that give your teeth strength. One of the clearest signs of this damage is when the gums recede from the teeth and create pockets.

The AAP currently defines each stage of periodontitis based on the depth of these pockets, the loss of bone, and the loss of tooth attachment:

In early periodontitis, pocket depths are 3 to 5 millimeters. Bone loss viewed on x-rays may be up to 15% of the root length.

In moderate periodontitis, pocket depths are 5 7 millimeters. Bone loss viewed on x-rays may be up to 30% of the root length.

In advanced periodontitis, pocket depths are above 7 millimeters. Bone loss viewed on x-rays is greater than 30% of the root length.

With an initial consultation at our practice, Dr. Anson can conduct a comprehensive examination, identify your needs, and talk with you about different approaches to your care.

If you are experiencing symptoms of periodontal disease, schedule an appointment at our office in Beverly Hills with Dr. Anson. Call (310) 657-0999 today.

How Can We Help?

We are here to help you achieve a new, beautiful and healthy smile!

About Us
Meet Dr. Anson

Before & After Gallery
Aesthetic Procedures

Before & After Gallery
Dental Implants 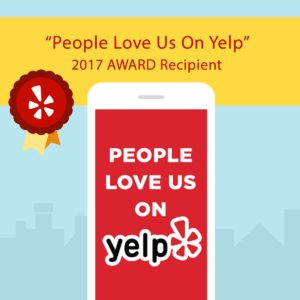 As an experienced periodontist, Dr. Anson is the choice when it comes to periodontal and dental implants. Patients in Beverly Hills and the surrounding areas can rest assured that as a dental implant specialist, Dr. Anson has the training, experience, and knowledge to make your visit to our office as comfortable as possible. We’re always implementing new technology and continuing our education, meaning less time and cost for your periodontal or dental implant procedure. Contact us today and learn how we can transform your smile!

Please be aware that this is not a secure email network under HIPAA guidelines. Do not submit any personal or private information unless you are authorized and have voluntarily consented to do so. We are not liable for any HIPAA violations. Understand that if you email us, you are agreeing to the use of an unsecured method and understand that all replies will be sent in the same fashion, which you are hereby authorizing.